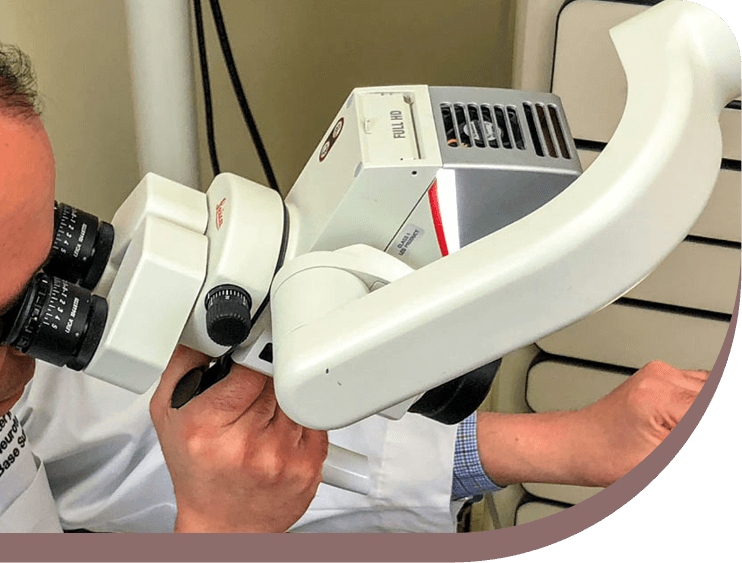 Symptoms play the largest role in considering superior canal dehiscence. The diagnosis is then verified with a CT scan. A specialized test known as a VEMP performed by sound being placed in the ear can help support the diagnosis.

In cases of bothersome symptoms, surgery may be warranted. There are three surgical options available for superior canal dehiscence

Round window plugging – this procedure involves going through the ear canal and gently lifting the tympanic membrane. The round window, which is natural opening in the bone of the inner ear is then plugged with a small amount of the patient’s own tissue (either fascia or fat). This procedure is significantly less involved and with minimal recovery compared to other options, however generally the success rate is not as high as other options.

Transmastoid superior canal plugging – this procedure involves drilling away a small portion of bone behind your ear called the mastoid bone. The superior canal is visualized and then is plugged. This surgery does cause temporary imbalance that lasts for weeks. The transmastoid approach is successful in helping alleviate symptoms in approximately 70-90% of cases. The success rate is comparable to the middle fossa approach (see below). Individual patient’s anatomy may make this approach not suitable however.

Middle fossa approach – Another approach to the superior canal is by making a bone window above the ear (craniotomy) and gently retracting the brain to reach the canal from above. The canal is directly seen and then resurfaced with bone and/or plugged. The success rate is approximately 70-90%. This approach can be done in cases in which the canal cannot be approached by the transmastoid approach.