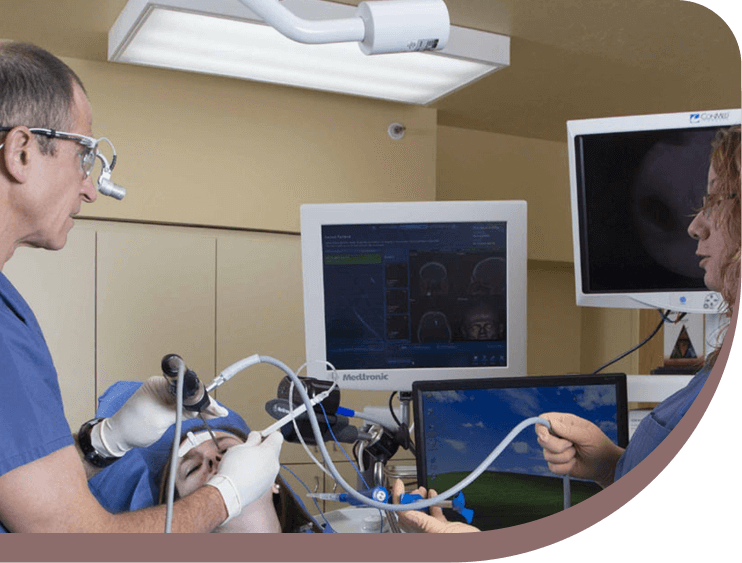 Aspirin Exacerbated Respiratory Disease (AERD), commonly referred to as Samter’s Triad or Aspirin Sensitive Asthma (ASA), is a chronic medical condition that includes recurrent sinus disease involving nasal polyps, asthma, and sensitivity to aspirin as well as other non-steroidal anti-inflammatory drugs (NSAIDs). Roughly 10% of all individuals with asthma and 40% of patients suffering from nasal polyps and asthma are sensitive to aspirin and NSAIDs. Patients living with AERD/Samter’s Triad frequently have no response to traditional treatments. The distinctive feature of AERD/Samter’s Triad is that patients foster responses to aspirin or other NSAIDs. Although, many have experienced chronic sinus infections; and lost their sense of smell as a result.

The root cause of AERD/Samter’s Triad is not understood in its entirety, although extensive research is underway in a continuous effort to gather more information. It is known that AERD is not a genetic or inherited condition. Individuals affected by AERD/Samter’s Triad may have chronic inflammation of airways. This is because these individuals typically have high levels of cells known as eosinophils in their blood and in their sinuses. In addition to this, individuals living with AERD/Samter’s Triad have an impaired cyclooxygenase enzyme (COX) pathway, and produce high levels of leukotrienes. Overproduction of Leukotriene plays a large role in the cause of inflammation in asthma and allergic rhinitis. Following the ingestion of aspirin or NSAIDS, levels are further increased; this is why patients can develop reactions to these certain medications, and why anti-leukotriene medicines are sometimes useful as treatment options.

The test may need to be conducted in a hospital setting if the individual has a history of a very severe reaction, such as anaphylaxis.

Primarily, NSAIDs and aspirin should be avoided, regardless of the form they come in. Singulair has potential to maintain symptoms. However, many individuals living with AERD end up on several medications. Even in circumstances when aspirin and NSAIDs are avoided entirely by patients, often times these individuals continue to have symptoms of asthma, nasal congestion and sinusitis, as well as growth of polyps in the nose, otherwise known as “nasal polyps”.

Often times, medical therapy can be a failure. If this happens, the individual should be referred to an otolaryngologist (ENT specialist) for decisions regarding surgery. Individuals with AERD often have a large amount of polypoid tissue (polyps) with substantial re-growth after the tissue is surgically removed. The typical time it takes to repeat surgery is just three years.

If an individual’s symptoms are fairly calm, avoiding NSAIDs and aspirin may be all that is required. Although, if the symptoms remain an issue, if sinus or nasal surgery is necessary, or if the individual needs aspirin or NSAIDs for any particular medical purpose, then he/she should be recommended for aspirin desensitization. Aspirin desensitization is a essentially a method where patients increasingly take progressive amounts of aspirin beginning from 10mg dosage. The goal is typically a dose of 325mg but can be up to 650mg twice daily. Several studies have validated the usefulness of aspirin desensitization.