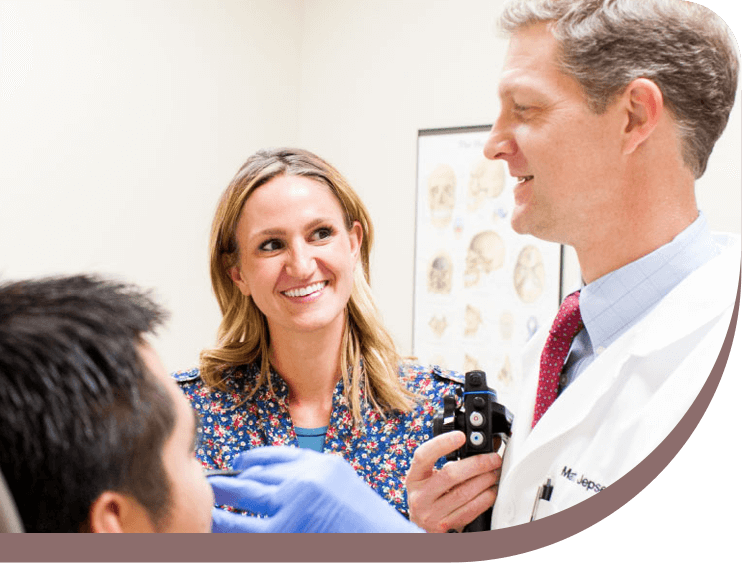 Turbinates are bony structures inside your nose covered by mucous membranes. They act as radiators in your nose by adding warm moist heat to the air that passes as we breathe. The turbinates are very susceptible to allergy and dust irritation.

There are three pairs of turbinates:

The mucous membrane that covers the turbinates can shrink or swell in response to changes in blood flow. Things that alter blood flow such as lying down, certain foods, allergies, medications, hormones, and infections can affect blood flow and therefore cause swelling of the turbinates.

Septal Deviations – In patients with a septal deviation is it not uncommon for both sides of the nose to be blocked. A common scenario would be that one side of the nose is blocked from the deviated septum and on the other from permanent inferior turbinate hypertrophy.

Colds and Infections – Most of the time when you are congested due to a cold or infection the turbinates will enlarge and then return to their normal size. However, in some instances such as chronic sinusitis the turbinate hypertrophy may be permanent.

Diagnosis of turbinate hypertrophy can usually be made on your first visit.

After taking your history and performing an exam we will use an endoscope, a small telescope with a light on one end and an eyepiece at the other, to examine the inside of your nose.

A CT scan may also be used to show inferior turbinate hypertrophy.

The surgeons at ENT Center of Utah usually use a small suction/shaver beneath the membranes (submucous resection) to remove tissue and some bone inside the inferior turbinate or we may surgically resect the anterior portion of the turbinate. The the turbinate is also “outfractured” to create a better lateral position and improve breathing. This surgery is occasionally performed by it self, but is often combined with a septoplasty to completely address nasal obstruction.